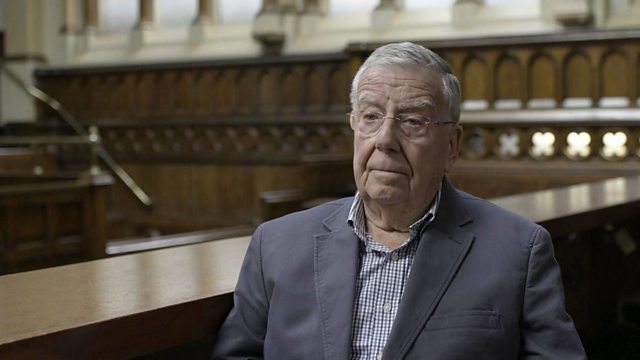 The trial and conviction of Peter Sutcliffe, the fallout from the investigation and the legacy for relatives of victims and survivors of his attacks.

Documentary series exploring the Yorkshire Ripper investigation. In this final episode, Liza Williams charts the arrest of Peter Sutcliffe in January 1981, his subsequent trial and conviction, and the legacy for the relatives of his victims and the survivors of his attacks.

Speaking to one of Sutcliffe’s defence team, as well as a leading barrister from the prosecution and journalists who covered the trial, Liza traces the story from the moment of arrest. Witnesses were offered money for exclusives, potentially jeopardising the trial, and once it began long queues formed for the public gallery and front row seats in court were given to VIPs.

Peter Sutcliffe pleaded not guilty to murder on the grounds of diminished responsibility because of his mental state. The prosecution, however, argued that he should be found guilty of murder. Sutcliffe had confessed to all 13 murders and seven attacks, so there was no doubt who was to blame. However, looking back at court transcripts, Liza discovers that the women Sutcliffe attacked were once more classed as either prostitutes or ‘innocent’ victims. Meeting a woman who led a demonstration outside the Old Bailey, Liza finds out about the outrage they felt when the humanity of the murdered women was ignored.

On 22 May 1981, the Yorkshire Ripper trial reached its conclusion. Peter Sutcliffe was found guilty of murder and sentenced to a minimum term of 30 years. But as Liza discovers, that is not the end of the case. After Sutcliffe’s conviction, the failures of the police investigation start to be made public as a wide-ranging government report details mistake after mistake. Liza learns just how many clues and witnesses were ignored. But also, more powerfully, she discovers that the failings all link back to the police’s original theory about a ‘prostitute killer’ that took them in the wrong direction right from the start and led them to disregard vital evidence.

Going back to the survivors and relatives of Sutcliffe’s victims, at the end of the final episode and the conclusion of the series, Liza explores the legacy left behind by his crimes and what it has been like to live as the child of a Ripper murder victim.