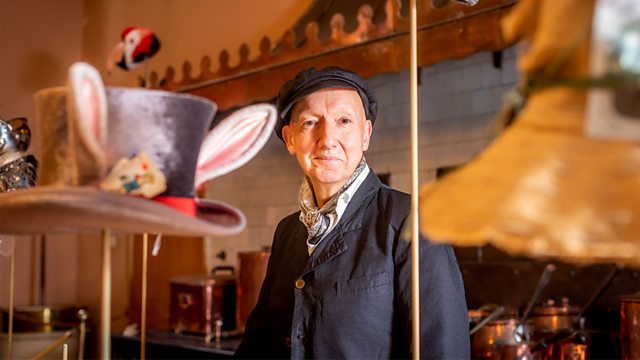 Stephen Jones and the Inheritance Tracks of Gina Yashere

Richard Coles and Aasmah Mir are joined by the milliner Stephen Jones whose passion for hats has led him from the catwalks of Dior to the Brighton Pavillion, the adventurer and extreme sleeper Phoebe Smith who sends people to sleep with her travel stories, historian David Olusoga whose TV programme explores the lives of all the people who lived in one house in Newcastle and Saturday Live listener, the crochetdermist Shauna Richardson whose creations include animal versions of Boris Johnson and Prince Harry and whose worked graced the 2012 Cultural Olympiad.
We also have the Inheritance Tracks of comedian Gina Yashere who chooses Dancing Queen by Abba and Back to Life by Soul II Soul
And listener Rosie Humphreys tells us about her mother's dress.