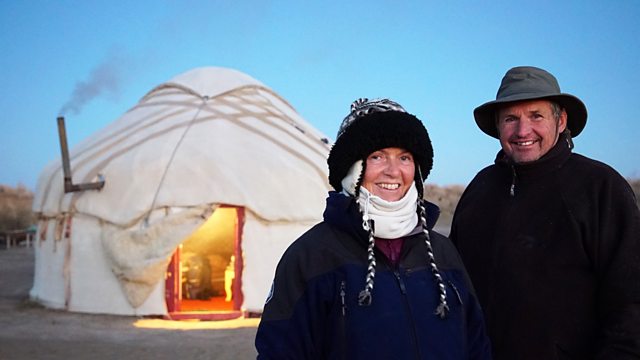 Race Across the World Series 1
Episode 3 of 6

As five teams become four, they are more focused than ever on reaching Singapore. They journey across the deserts, mountains and Silk Road cities of Central Asia to Uzbekistan.

Imagine having to reach the other side of the world without taking a single flight - leaving behind your smartphone, internet access and credit cards and armed with only the cash equivalent of a one-way airfare to Singapore. Could you do it?

As five teams become four, they are now more focused than ever on reaching the final destination of Singapore. They depart Baku, the capital of Azerbaijan, on the third leg of the race – taking them across the vast deserts, mountains and Silk Road cities of Central Asia to the ancient capital of Uzbekistan, Tashkent.

Along the way, they encounter a Kazakh stuntman offering a high-octane lift in his brand-new car, witness a sporting spectacle as Kazakh men on horseback fight over the decapitated carcass of a goat, a sport played in this region since the 13th century, and discover exactly how many times a day a Bactrian camel goes to the toilet.

But before they head across this sparsely-populated wilderness, the teams must negotiate the Caspian Sea. Just hours into the voyage, a storm descends, forcing the ferry to drop anchor. Its sister ship sank under similar conditions several years ago so nerves are on edge. And as the days at sea go by, food supplies begin to dwindle, fresh water runs out and cabin fever sets in.

As the race across the world gets tougher and the distance travelled from the comfort and familiarity of home grows further, can our teams be certain they are making the right decisions and taking the right choices? At the halfway point of this race of a lifetime – where would it take you? 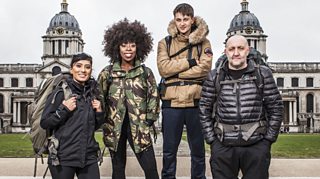 Meet the couples who are in a race to reach Singapore - without setting foot on a plane.