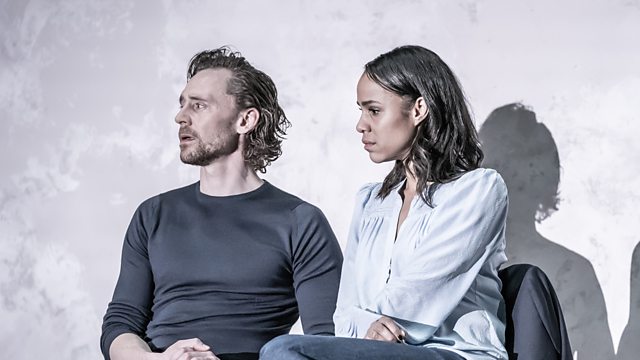 Tom Hiddleston, Zawe Ashton, and Charlie Cox star in a new production of Betrayal – Harold Pinter’s play based on his affair with Joan Bakewell. The actors discuss being on stage throughout the play, even in scenes they’re not scripted in, the difference between a Pinter pause and a silence, and how playing squash helped them get into character.

And poet Caleb Femi’s new work to celebrate today's Spring Equinox, commissioned by Radio 4 as part of its Four Seasons day of poetry. Caleb performs Here Too Spring Comes To Us With Open Arms.

Betrayal  is at the Pinter Theatre until 5 June

Poetry for the Four Seasons