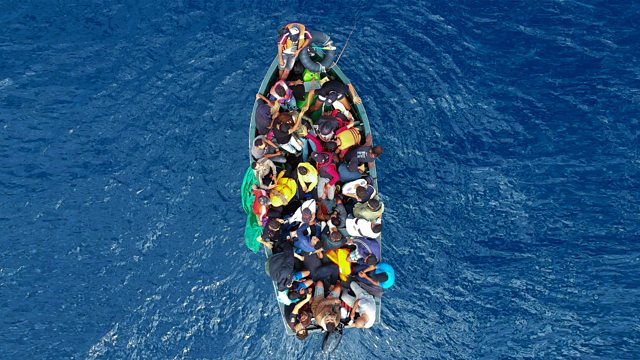 Since the start of 2019 at least 100 migrants have tried to cross the channel to the UK in dinghies. File on 4 asks what's being done to stop people risking their lives at sea.

In the autumn of 2016 the authorities in France closed down a large migrant camp in Calais known as The Jungle.

At its height more than 9,000 people from around the world lived in the camp while attempting to make it across to the UK, often hiding in the back of lorries or packed into small boats. It was hoped the camp's closure would stem the number of people risking their lives to try to get to Britain. But more than two years on has it worked?

Over Christmas the Home Secretary Sajid Javid declared the number of migrants attempting to cross in boats a 'major incident' and since then more than 100 people have been picked up in 2019.

File in 4 investigates the British gangs making thousands of pounds and risking migrants' lives smuggling them across the Channel and reports on the attempts to break up their networks.

In France, concerted efforts have been made to stop another large camp being established in Calais and File on 4 asks whether the policy is succeeding in deterring migrants from travelling to the French coast, or whether it is simply driving people to take ever greater risks?