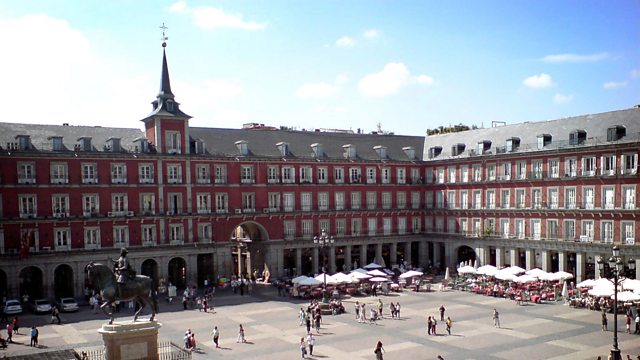 Lucas Laursen joins families searching for loved ones who disappeared during Spain’s Civil War and the subsequent dictatorship.

Lucas Laursen joins families searching for loved ones who disappeared during the Spanish Civil War and the subsequent dictatorship.

At a rare repatriation of the remains of 22 men and women missing since the war 80 years ago, he meets 3 generations of the De Llerra family who get together to bury a father, grandfather and great grandfather. Francisco De Llerra Díaz was a farmer shot by Franco’s army and buried in a mass grave in Guadalajara.

Spain has had a democratic constitution since 1978, but Spanish officials were only willing to open De Llerra’s grave after an Argentinian judge applied the principle of universal jurisdiction to the search of another family in 2016. This international court order classed the systematic and widespread killing of Franco’s victims as a crime against humanity.

Lucas attends a demonstration in Madrid demanding more state action to help victims find missing family members and meets Emilia Silva whose grandfather was the first victim of the Franco repression to be identified by DNA, and who founded the Association for the Recovery of Historical Memory which has a list of nearly 115,000 missing people.

Lucas explores the limitations of Spain’s transition to democracy and the extent to which the Amnesty Agreement of 1975 – also known as the Pact of Forgetting or Pact of Silence – hides open wounds of the war and subsequent dictatorship in plain sight.

Alongside persistent families and the renowned former judge Balthazar Garzon, he learns about proposed updates to the 2007 Law of Historical Memory - although, with elections called during the recording of the programme, the law and historical memory in Spain face an uncertain future.