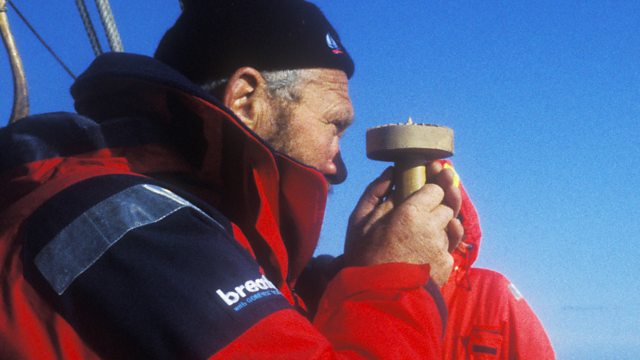 Sir Robin Knox-Johnston relives his historic voyage of 1969, when he became the first person to sail single-handed, non-stop, around the world - in a boat he built himself.

Sir Robin Knox-Johnston relives his historic voyage of 1969, becoming the first person to sail single-handed, non-stop, around the world.

Back then, and still to this day, more people have been into space than have achieved this.

What makes Sir Robin's story all the more remarkable is that he built his yacht, Suhaili, himself. It was the smallest craft in the Sunday Times sponsored Golden Globe race and he was seen as the underdog.

He lost his self-steering equipment just a few months into the trip and, when his radio also broke, many feared he had been lost to the seas. Sir Robin also reveals how he overcame appendicitis and describes fighting and killing a shark while repairing the damaged hull of his boat.

Despite all these challenges, Sir Robin was the only one of nine sailors entered in the race to return to Britain successfully - ten months after he set sail.

Fifty years on, as he approaches his 80th birthday, Sir Robin re-creates his voyage by reading extracts from his diary, combined with archive from the real world he left behind - such as the Vietnam War, the Space Race and the Soviet invasion of Czechoslovakia.

We also hear from Britain's most decorated Olympic sailor Sir Ben Ainslie, around the world mariners Dee Caffari and Alex Thomson, and the Knox-Johnston family.