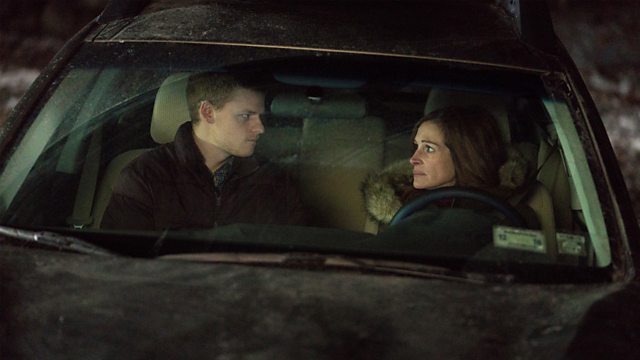 Julia Roberts and Lucas Hedges, Jessica Hynes, the art of the meme

Julia Roberts and Lucas Hedges discuss their new film Ben is Back, W1A actor Jessica Hynes on her new film The Fight, and the art of the meme.

Julia Roberts and Lucas Hedges discuss their new film Ben is Back, in which a mother faces difficult challenges when her drug-addicted son returns to the family home from rehab unexpectedly for Christmas.

We consider the art of internet memes as the World Wide Web turns 30. Elise Bell, co-founder of Tabloid Art History, explains how they make memes that go viral on Twitter and Instagram, and art historian Richard Clay explains where the term comes from, and considers their place in our wider cultural landscape.

Actress Jessica Hynes, perhaps best-known for her BAFTA-winning performance as marketing guru Siobhan Sharpe in BBC comedy satires Twenty Twelve and W1A, discusses putting comedy aside to make her film directorial debut. The Fight tells the story of a middle-aged woman who takes up boxing to help her face her family problems, and sees Jessica take on the roles of writer, director, and lead actor, and even take up boxing.

The White Crow reviewed and tackling difficult issues in theatre

Ben is Back is on general release, cert 15

The art of the meme

The Fight is on general release, cert 12A