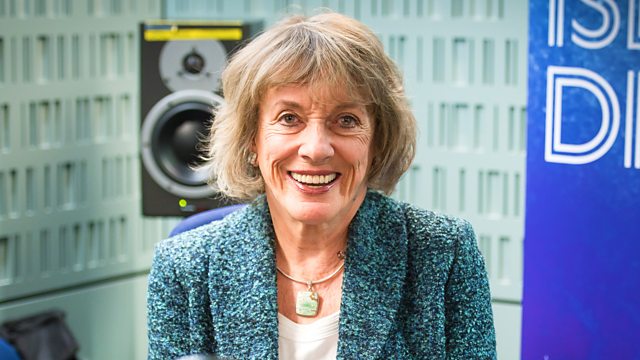 Dame Esther Rantzen shares the eight tracks, book and luxury she would want to take to a desert island. With Lauren Laverne.

Dame Esther Rantzen is best known as the presenter of the long-running TV series That’s Life, which began on BBC One in 1973. She was both presenter and producer of the programme, which was hugely successful, regularly reaching 20 million viewers. It featured consumer affairs, vox pops and light-hearted pieces about talking dogs and peculiarly shaped vegetables, along with serious investigations, including reports on the safety of children’s playgrounds and on child abuse. A special edition of That’s Life in 1986 led Esther to set up Childline, the charity which offers support and information for young people.

That's Life ended after 21 years and Esther went on to present her own daytime talk show. A fan of reality TV, she’s appeared on Strictly Come Dancing, Celebrity First Dates, Celebrity Stars in their Eyes and I’m a Celebrity Get Me Out of Here.

It was while she was working on That’s Life that she met TV producer Desmond Wilcox. They later married and had three children. A few years after Desmond’s death, Esther wrote a newspaper article about how lonely she felt as a widow. The response inspired her to set up her second charity, Silverline, which offers friendship and advice to older, lonely people.

She has received many TV awards over the years and was made a Dame in 2015 for her charity work. She stood unsuccessfully as an independent MP for Luton South in the General Election of 2010. Now 78, she is still very involved in her charity work and is a grandmother of five.