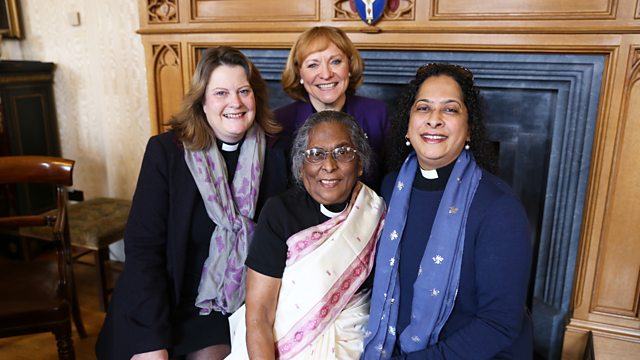 This week marks the 25th anniversary of the first female ordinations in the Church of England. Rosie Dawson reports on the struggle women faced to become priests and the opposition that still exists in some segments of the Church.

Amanda Spielman is Her Majesty’s Chief Inspector of schools and she has angered some conservative religious groups by saying all children must learn about same-sex couples, regardless of their faith background. She responds to parents at Parkfield Community School in Birmingham who have withdrawn their children in protest at lessons about LGBT issues.

Scottish couples are nearly four times less likely to divorce if they marry in a Humanist ceremony, according to figures given exclusively to Sunday. We discuss the story with Andrew Copson, chief executive of Humanists UK and Harry Benson, research director at the Marriage Foundation.