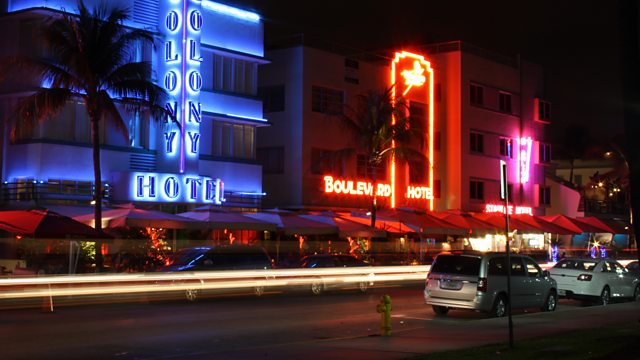 An Angel in Miami

Amir Hernandez runs things. He drives a purple convertible, has a beautiful business partner and access to the VIP section of a renowned Miami nightclub. But when his special celebrity guest fails to show up, his paying guests become restless and he needs some kind of miracle. A distinguished visitor offers to help.

To research An Angel in Miami, writer Sebastian Baczkiewicz and producer Joby Waldman visited Miami to record interviews. They heard stories of a war between angels and demons shared by children in the city’s homeless shelters in the early 1990s. These interviews informed the narrative and can be heard punctuating the drama.

With special thanks to Jude Papaloko, Allen Rodriguez, POORGRRRL, Nasty and Betty Osceola.