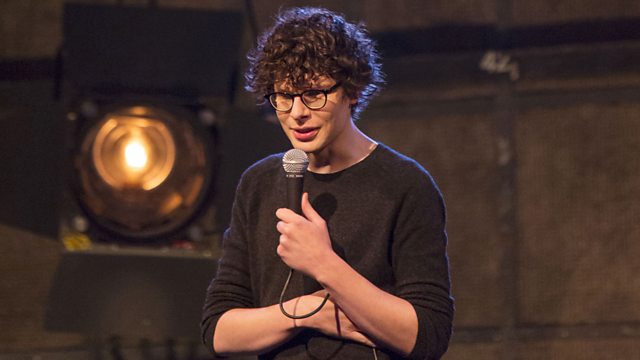 Simon Amstell, The Taming of the Shrew, Mind the Gap's learning disability theatre

Simon Amstell on his new film, Benjamin; two radical new takes on The Taming of the Shrew; plus Bradford’s learning disability theatre company, Mind the Gap.

Comedian Simon Amstell discusses his new film, Benjamin, based on his own life, and which he's both written and directed. He describes how making the film - about a rising young filmmaker who uses his real life relationships as material for his work - has helped him with his own anxieties.

Gender swapping in The Taming Of The Shrew. Two radical new productions of Shakespeare’s misogynistic comedy are currently playing at the Sherman Theatre in Cardiff and at the Royal Shakespeare Theatre in Stratford. In the original, a man marries a woman who speaks her own mind, and then starves her, deprives her of sleep, and constantly contradicts her until she becomes a docile, obedient victim of his abuse. Now, in the new productions, the genders have been swapped and the women wield the power. Kirsty Lang talks to Justin Audibert, Director of the Royal Shakespeare’s production, and to Jo Clifford, who has re-written the play for the Sherman, about what their re-imaginings reveal and how the work impacts on us today.

As part of the BBC’s We Are Bradford - a new project exploring people’s stories and issues in the city - we meet Bradford based Mind the Gap, England’s largest learning disability theatre company. Next month they stage their largest and most ambitious production yet: Zara - an outdoor theatrical spectacle with a puppet baby larger than a double decker bus. Reporter Sharuna Sagar visited their rehearsals.

The Taming of the Shrew

The RSC's The Taming of the Shrew is in production until 31 August 2019. The UK tour of the production begins on 25 September and finishes on 4 April 2020. Full details can be found on the website.

The Sherman Theatre's The Taming of the Shrew is in production until 16 March 2019. The production is transferred to the Tron in Glasgow from 20 to 30 March 2019. Full details can be found on the website.

Zara: Daughters of Fortune is at The Piece Hall in Halifax on 19th and 20th April 2019, then at Geraldine Mary Harmsworth Park in London on 10th and 11th May 2019. Full details can be found on the website.