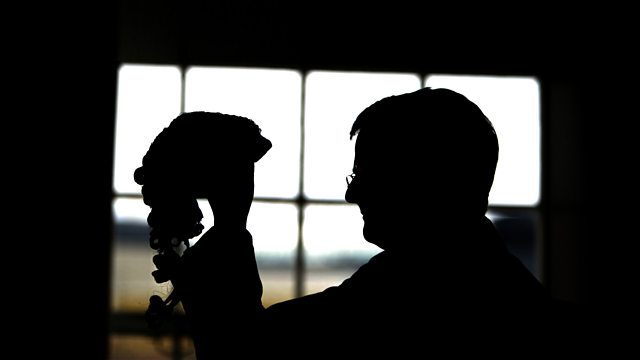 Barristers on the Brink

Journalist and former lawyer Afua Hirsch speaks to barristers who say they're in the grip of a mental health crisis triggered by a caseload filled with disturbing evidence.

Journalist Afua Hirsch used to be a barrister, but after only two years advocating for some of the most vulnerable people in society she quit. For Afua, cuts to legal aid and burgeoning caseloads were making it impossible to do the job to the standard it deserved.

Now, a decade on, Afua reexamines her old profession and speaks to criminal barristers who say they're in the grip of a mental health crisis triggered by poor working conditions and a crushing caseload filled with disturbing evidence.

We hear about the unique stress of having to defend people accused of the most serious crimes and the resilience required to deal with people whose lives have been devastated.

Afua discovers that a huge rise in the number of cases of a sexual nature going to trial in the wake of the Jimmy Savile scandal, among other high profile historical sex abuse cases, has left barristers facing a seemingly endless stream of disturbing evidence. Trials of a sexual and violent nature can have a serious impact on mental health and trigger what's known as "vicarious trauma" - and yet lawyers are offered next to no emotional and psychological support.

We hear from criminal lawyer Laurence Lee, who represented Jon Venables, one of the youthful killers of the two year old James Bulger. Lee explains that the trial left him with the symptoms of PTSD. Decades later, Lee still has nightmares in which he sees his own body, beaten and left straddling a set of railway tracks, a fate that mirrors that of James Bulger.

Finally, Afua meets the courageous barristers who are challenging the stigma surrounding mental health by founding support groups in a profession in which image is everything.