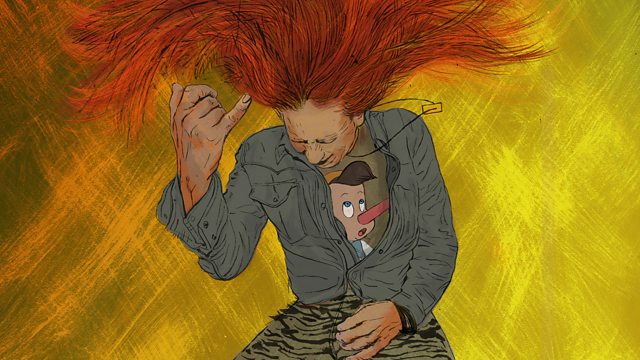 Aleks Krotoski explores the story of the Threatin European tour, and what happens when an online illusion meets with offline reality.

In November 2018 and LA based band Threatin landed in the UK to begin their first European tour. Their promoter had booked venues in England, Scotland and Northern Ireland, new band members had been signed up with the promise of venues that could hold over 1000 people, the online audience was huge and passionately vocal on social media about their love of this brilliant upcoming band.

But when they took to the stage, there was no audience to greet them. The illusion of rockstardom burst when it crossed over from online into the offline world. The reality was that the agency, the managers, the fan club, the youtube interviews - all had been manufactured by the band’s frontman Jered Threatin.

When all was revealed the story went viral across the globe. Jered later claimed that the whole thing a deliberate performance that exposed the problems of fake news in the digital world, and that anyone who had participated was part of the ‘illusion’.

Aleks digs into the strange story of a fake tour that ended up with real fame, or at least infamy - asking why we trust what we see online, where the line is drawn between performance, trolling or lies, and finds out the real life consequences for people swept up in an online illusion.

See all clips from Illusion (4)

Richard Bentall is Professor of Clinical Psychology at the University of Sheffield in the UK and specialises in studying psychosis and public mental health
He explains why it’s impossible to diagnose delusional thinking from what we see online, despite the term being casually thrown about in popular culture.

The Sunny Devils are an Alternative Rock power trio formed through a will to create riff centric, melodic music that’s not scared to get heavy. The foundation of the band is a strong clean vocal, big hook riff choruses and minimalist, ambient verses intersected by heavy, technical sections and breakdowns.
They tell us what it was like opening for Threatin at the Ivory Blacks gig in Glasgow, and explain the new pressures facing bands in the age of social media.
Vocals/Guitar: Steven Warnock Bass: John Howell Drums: Anton Lafferty

Kevin Harman is an artist from Edinburgh, who works in multiple mediums including paintings, sculptures, prints, photographs and drawing, but also is known for creating ‘situations’, performance art that disrupts the natural order and power structures of the world to spark conversation and debate.
He tells us about one of his most famous and controversial projects ‘Brick’, where he smashed the window of an art Gallery using the media as his medium, and then breaks down the Threatin tour as if it were an arts project.

Patrice Lovelace is an events organizer, promoter and PA to Head of Promotions at The Underworld Camden.
She tells us how Threatin hired the Underworld to be the first stop on the European tour, what it was like to be dragged into ‘the illusion’ and

Joe Prunera is a musician from Las Vegas, who as well as writing and recording his own material, does session work for other musicians as well as voiceover work.
He tells us how he came to be the guitarist for Threatin’s European tour, what happened when the online illusion met reality, and the personal cost of being conned.

Ben Umanov is co-founder and co-editor in chief of MetalSucks, founded in 2006, where he writes under the pseudonym Vince Neilstein, and is also a partner in Blast Beat Network.
He tells us how he broke the story of the Threatin European tour, and unravelled all the layers that made up the online illusion.