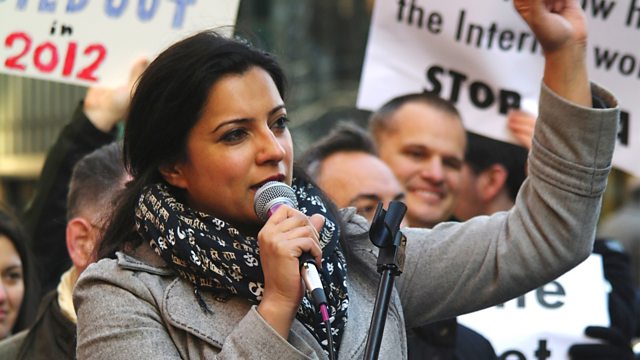 Author Reshma Saujani explains why she wants to be brave not perfect. Wendy Mitchell describes living with young on-set dementia.

We speak to author Reshma Saujani about the idea that girls and women are brought up to be perfectionists while boys are expected to be brave.

Wendy Mitchell was diagnosed with young on-set dementia at just 58 years old. Before the diagnosis she was known for her sharp mind and organisational skills, both at work and as a single mum to two daughters. She talks to Jane about how she copes with the disease which steals her memories and why she wanted to write her memoir Somebody I Used to Know for the woman she once was and as an affirmation of the woman dementia has seen her become.

A woman who was raped three years ago has decided to waive her anonymity so she can call on the government to provide more support to people like her. Fern Champion has set up a petition and written to Theresa May saying that rape counselling must be available to anyone who needs it, wherever they live. When Fern wanted support she couldn’t even get on a waiting list. She was told a funding shortfall was stopping her getting the help she needed.

About one in everyone one thousand women experiences Post Partum Psychosis - the rare but very serious mental illness that can occur in the first few days after having a baby. Claire and Aiden, from Leicestershire, have two children and after both births Claire had Post Partum Psychosis. We hear how it affected them as a couple.