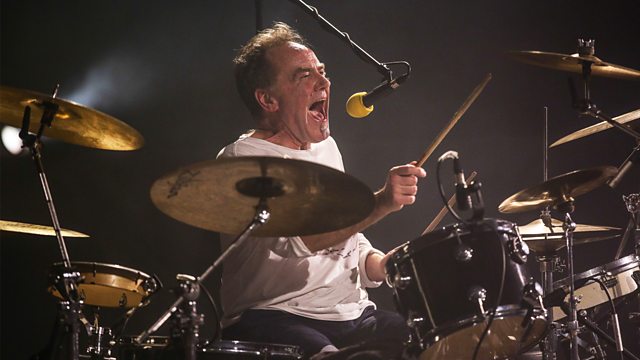 Late Junction Festival - This Is Not This Heat

Nick Luscombe presents live music from the British avant-garde rock group This Is Not This Heat, recorded at the first-ever Late Junction Festival.

Nick Luscombe presents live music from the British avant-garde rock group This Is Not This Heat, the new reincarnation of This Heat which was formed by Charles Bullen and Charles Hayward over 40 years ago. Unleashing their signature sound from three guitarists, two drum kits and a bass, This Is Not This Heat create juggernaut-sized driving rhythms surrounded by swirls of fuzz and chugging guitar. Nick presents extended highlights from their powerful set recorded at Late Junction’s first ever festival held at EartH in east London.

Deja vu all over again with Max Reinhardt