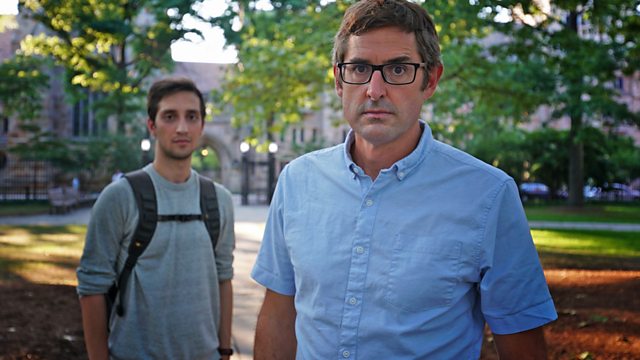 Louis Theroux heads to US college campuses and comes face-to-face with students accused of sexual assault.

At a time of increased scrutiny about what constitutes sexual assault, award-winning documentary-maker Louis Theroux heads to American college campuses and comes face-to-face with students whose universities are accusing them of sexual assault.

As reports of sexual violence have dramatically increased in recent years, the government has urged US colleges to enforce a stricter code of sexual conduct amongst students. Employing specialist administrators to carry out investigations into alleged misdemeanors, they now have the power to permanently exclude those they deem ‘responsible’. For the victims of sexual assault these new processes, which require less stringent levels of proof than criminal cases, have allowed accusations that might have never been heard in a court of law to be vindicated. But alleged perpetrators believe the attempt to be more vigilant about rape and assault has turned into an overreaction that tramples on due process, and harms innocent people.

At the start of this journey, Louis meets a neuroscience major called Saif Khan, who has been accused of raping a fellow student. His university is investigating the claims separately even though Saif has been found not-guilty in a court of law. Though Saif continuously pleads his innocence, Louis is drawn into an increasingly complex world, where separating fact from fiction becomes increasingly challenging.

He also meets young women whose claims of sexual assault have previously fallen on deaf ears, who believe that a new approach to handling allegations of sex crimes is not only necessary but long overdue. One such student is Mollie Johnson, whose experience is a powerful reminder that there is now a broader understanding of what sexual assault looks like.

See all clips from The Night in Question (3)