Close menu
BBC One
All Together Now
Main content 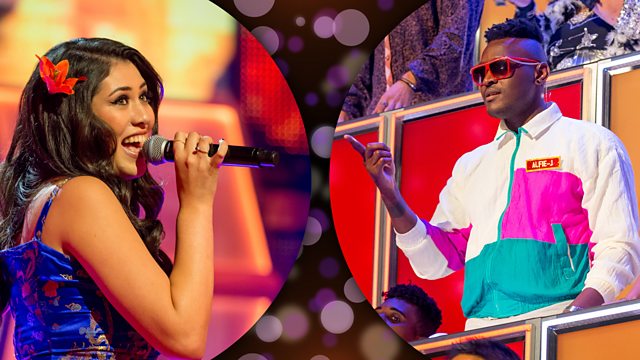 All Together Now Series 2
Episode 1 of 6

Rob Beckett and Geri Horner star in our favourite Saturday night singalong! Tonight’s acts face the biggest judging panel on TV, but can anyone get all of The 100 joining in?

Our favourite Saturday night singalong, All Together Now brings us outstanding talent, a huge range of musical styles and a load of laughs from host Rob Beckett.

Any kind of singer can take to the stage, from soloists to groups, amateurs to professionals, but they all have one simple aim - to win over TV’s biggest judging panel, The 100. Headed up by Spice Girl Geri Horner, The 100 are a mix of singers from every corner of the music industry and, as viewers saw in series one, they’ve got big voices, bigger opinions and are always hard to impress! Established favourites Divina De Campo, Georg, Paulus, Tina T, Mr Fabulous and Lili all return, and they’re joined by some new recruits, all bringing their own distinctive style and taste to judging panel.

Each week, the performers competing hope to make it into the top three. The winner of each heat is guaranteed a place in the series final, with the acts in second and third place each performing another great song in a dramatic sing-off. The winner of the sing-off also goes through to the final. At the end of the series, one act will walk away with the amazing cash prize of £50,000.

In this first episode, acts dare to take on some of the most successful artists of all time - leading to some massive scores but also some of our lowest! We see interpretations of classics by Amy Winehouse, Chaka Khan and Led Zepplin and contemporary hits by Shawn Mendes, Camila Cabello, Rudimental and James Morrison. Every act performs with heart and soul, and all have one simple aim – to get The 100 up on their feet and joining in.

Whilst there’s something for everyone, including gags galore from Rob and big opinions from The 100, it’s the performances that count. Tonight’s acts need to deliver. Who will get The 100 up on their feet and singing along, and which two acts will secure their place in the grand final for £50,000?

See all episodes from All Together Now 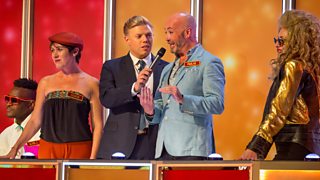 Key information about the main series and All Together Now Celebrities.