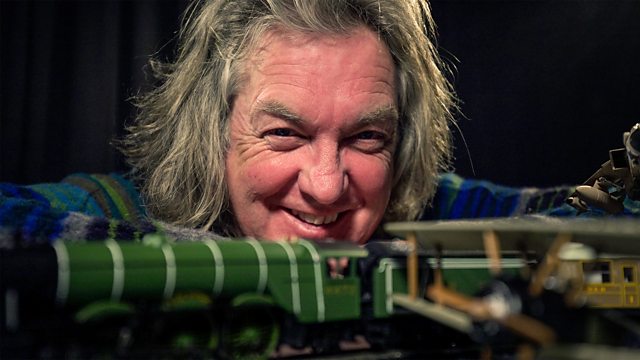 Hornby director Simon Kohler assesses the decline of his beloved company during his four-year absence. Master modeller Jim is given the biggest build of his modelling life.

Two-part documentary, introduced and narrated by model train enthusiast James May, that follows a year inside Hornby Hobbies - an iconic British toymaker on the brink of collapse. But this is no ordinary business series - this is a series about model train and plane obsessives, both inside and outside the company, all of whom desperately need the company to survive.

In episode one, we join Hornby as they face their biggest crisis in a generation. The company has lost £30M in the past five years and sales across all three of their major brands - Scalextric, Airfix and Hornby Railways - are down.

A new boss, Lyndon Davies, has been appointed to turn the company’s dismal fortunes around and he has brought back some company veterans to help in the fight for survival.

Simon Kohler, known affectionately as ‘Mr Hornby’ has been brought back after a four-year absence. He assesses the decline of his beloved company and attempts to reconnect with Hornby’s dissatisfied customer base and retailers.

Meanwhile, in a bid to revitalise Airfix, Lyndon tasks a master amateur model builder, Jim Bren, with the biggest build of his model-making life – the largest reconstruction of the Hellcat plane ever attempted by the company.

We get the opportunity to delve into the highly secretive world of the company’s design and development process. We meet Ken, head of the audio research laboratory, as he struggles to find the perfect cat sound, as well as other veterans like head of archives Peter, who has some very strong words on how he feels the company has been managed.

We also meet the people whose pastimes are at stake, such as the members of the Double O Gauge Association. We follow them as they prepare for one of the biggest events in the model railway enthusiast’s diary – The Great Electric Train Show in Milton Keynes – where their fictitious village of Batcombe is ready for its unveiling to the public.