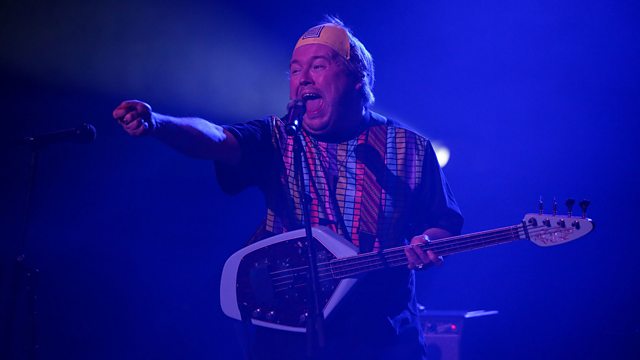 Verity Sharp shares more live music from the first night of the Late Junction Festival, including sets from Hen Ogledd and Chaines.

The jamboree continues with more live music from the first night of the Late Junction Festival, which took place last week.

Hen Ogledd is a band that features singer Richard Dawson and harpist Rhodri Davies, and they bring a discombobulating mix of psych-pop, medieval lore and improvisation to the party. Joining them on the billing is Manchester-based musician Chaines, performing their fantastical electro-acoustic compositions live on stage at EartH in East London.

Verity Sharp presents, weaving in music from the big, wide world along the way, including a new release from Norwegian vocalist and composer Maja Ratke.