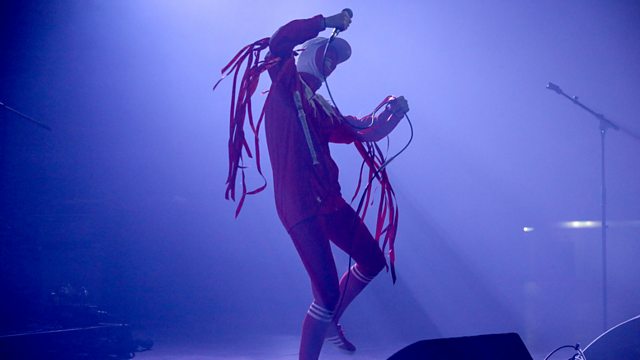 Verity Sharp presents music from the first night of the inaugural Late Junction Festival, including sets by Gazelle Twin and Pulled By Magnets.

The first-ever Late Junction Festival came into the world last week - two nights of music from leading lights of the left-field, presented on stage at EartH in East London by our triple-threat: Verity Sharp, Max Reinhardt and Nick Luscombe.

Tonight, highlights from the first night. Electronic artist Gazelle Twin has developed a unique voice in the British musical landscape. Her latest LP Pastoral digs deep into the English psyche, channelling its darkness and lacing it with satire, all performed in a costume which is half court jester, half football hooligan.

Verity Sharp is our guide in the studio.