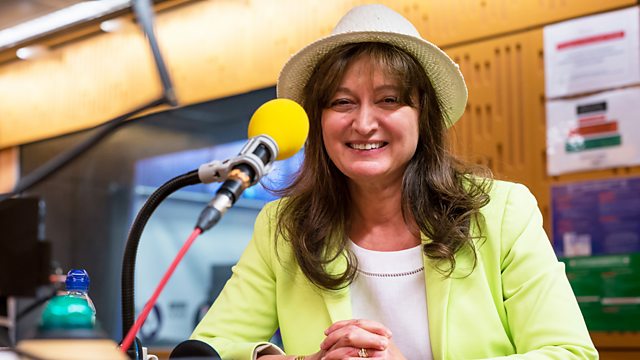 Composer of the Week Debbie Wiseman
Episode 2 of 5

Debbie Wiseman talks to Donald Macleod about her belief in lifelong learning and discusses her project to compose a new version of the Young Person's Guide to the Orchestra.

Debbie Wiseman talks to Donald Macleod about her belief in lifelong learning,

Debbie Wiseman has over two hundred credits for her music, ranging from television and film, to the concert hall and music for royal pageantry. Not only is she a multi-award winning composer, but also a pianist and conductor, often performing in and recording her own works. Wiseman also works as a Visiting Professor at a number of academic institutions including the Royal College of Music. As a composer for the concert hall, Wiseman has collaborated with Hayley Westenra, Stephen Fry, Nigel Havers, Vanessa Redgrave and Alan Titchmarsh. She has provided music for two royal anniversaries, including the Queen’s Diamond Jubilee celebrated on the river Thames. Donald Macleod visits Debbie Wiseman at her home in London to discuss her long and varied career.

Today, they discuss Debbie's forays into music education. Wiseman attended Trinity College, Morley College and the Guildhall in London, and each of these institutions left a lasting impression. Today she enjoys giving lectures and masterclasses to students of her own. Wiseman also discusses the commission she received to compose a new version of the Young Person’s Guide to the Orchestra.

The Nightingale and the Rose
Stephen Fry, narrator
Academy of St Martin in the Fields
Neville Marriner, conductor