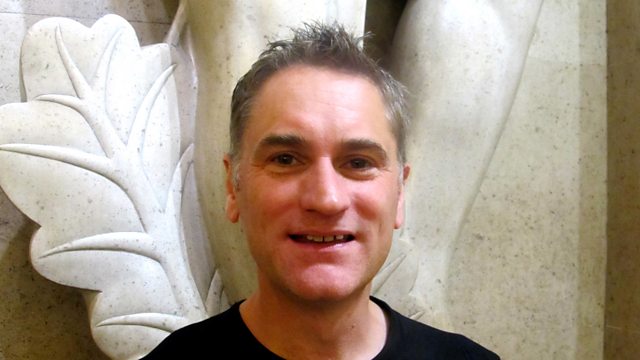 A cure for HIV? Flies that need no sleep, secrets of the Fukushima disaster and scientists answering your questions

An HIV-1 sufferer, who had developed aggressive cancer, and underwent a revolutionary stem cell transplant, has been declared HIV resistant. It's been 18 months since the 'London patient' underwent a stem cell transplant of donated HIV resistant cells. This has only happened once before, in the case of the ‘Berlin Patient' – who, after two transplants, has now been HIV and cancer free for 10 years. Professor Ravindra Gupta at Cambridge University is careful not to say the work carried out at UCL has ‘cured’ the patient, but it’s very promising. They say they have made the patient’s cells ‘resistant’ to infection by the HIV virus.

There are no animals that do not need sleep, yet we're still not sure why we need to sleep. Giorgio Gilestro at Imperial College has been trying to find out more about whether lack of sleep shortens lifespan, by bothering fruit flies and stopping them dropping off. In a carefully designed experiment, he has devised a way of shaking the flies as soon as it looks like they are dropping off. He tells Gareth Mitchell that he's 98% certain the flies were kept awake day after day and discovered that there was no life-shortening effect due to lack of sleep. He cannot rule out the benefit of micro-sleep, but it provides tantalising results which could point us in the direction of finally discovering whether we need those 8 precious hours a night.

Eight years ago, on 11th March 2011, three of the nuclear reactors overheated and exploded at the Fukushima nuclear plant in Japan. This was following the tsunami that killed around 19,000 people. The essentials are known – the reactors overheated when the cooling circuits failed. The overheated steam then broke down into hydrogen and oxygen, which then caught fire and blew the reactor vessels apart. But the details aren’t known. And there’s no way of getting inside the reactors to learn them. So instead researchers are doing a forensic analysis of the radioactive debris scattered around the reactor sites – some of it at the Diamond X-ray facility just outside Oxford. Roland Pease was waiting in the experimental area as one grain of Fukushima dust was brought in from safe storage.

Concerned about a growing number of spurious scientific claims on products and campaigns against vaccinations and the shape of our planet, climate scientist Ben McNeil decided to do something about it. He has come up with a website where anyone can pose a question for scientists to answer. MetaFact.io is just starting up, but Ben's hope is to put the public in direct contact with the scientists with some, if not all, of the answers.

Falling carbon and rising methane; Unsung heroes at the Crick