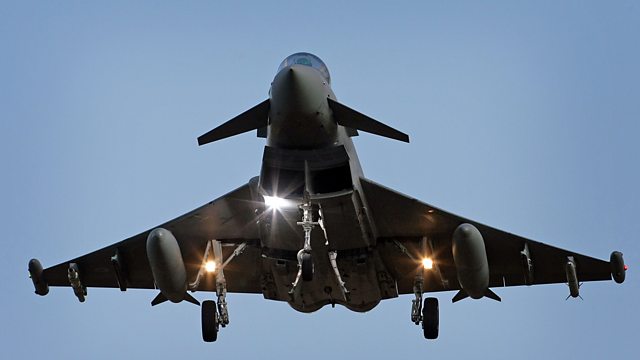 The military flying training system struggling to get off the ground. Why are pilots unable to start training? File on 4 investigates whether subcontracting issues are to blame.

The UK's Military Flying Training System trains pilots on aircraft from fighter planes to navy helicopters. It takes years for trainees to get their wings. But delays in the system, mean many pilots and crew are 'on hold', waiting months, often years to take to the skies.

File on 4 investigates the reasons for the hold ups. What's the impact of these delays on the public purse and on our military capability?

The government's promising a beefed up armed forces, including two new Typhoon squadrons and F35 jets. Defence Secretary Gavin Williamson says the UK needs to be ready to use 'hard power' or risk being seen as little more than a paper tiger. But with the MoD's flying training still not at full throttle, will a lack of pilots undermine our military capability?