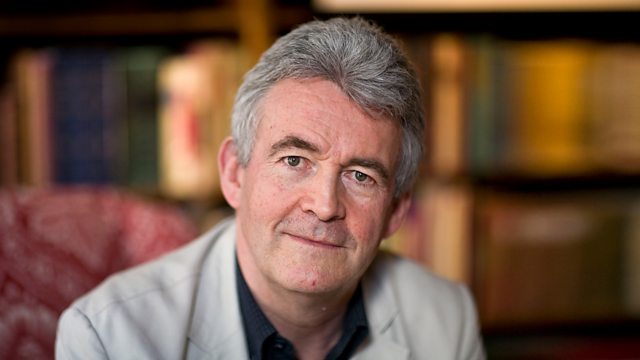 Simon Mawer talks about Tightrope, a female spy story set during World War II and the Cold War. Presented by James Naughtie and including questions from an audience of readers.

Simon Mawer talks about Tightrope, an espionage story featuring the enigmatic agent Marian Sutro which is set during World War II and the years into the Cold War.

Tightrope opens as Marian returns to England having survived Ravensbruck concentration camp. She had been parachuted into France by the Special Operations Executive and captured by the Germans in Paris. As peace comes Marian finds it impossible to adjust and find a role for herself. Then, enemies become friends, friends become enemies as an iron curtain is drawn across Europe. Spies are in demand. It is in the clandestine and secret world of the new espionage that Marian finds purpose and is recruited by the Soviet Union.

Mawer's evocation of poor, battered post-war London, still a drab city of thick and clammy fogs won praise from critics, who also likened Marian to James Bond – both in terms of bravery and promiscuity. Marian walks the tightrope between the people in her life who have sent her into danger, those whom she must fear, and those she seeks to protect.

Presented by James Naughtie and including questions from an audience of readers.

April's Bookclub Choice : The Age of Wonder by Richard Holmes (2008)

Richard Holmes - The Age of Wonder