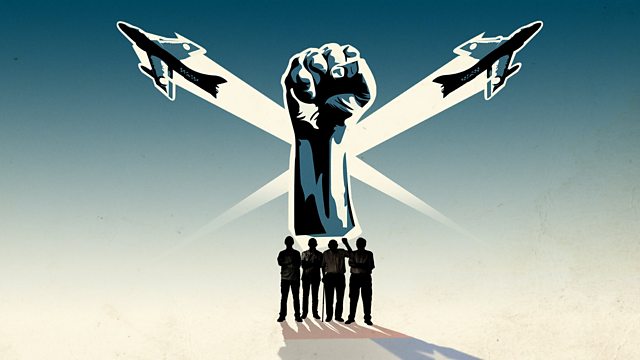 Forty years after their peaceful act of solidarity, Scottish factory workers discover the incredible impact of their action.

Forty years after their peaceful act of solidarity, Scottish factory workers discover the incredible impact of their action.

In Scotland in 1974 Bob Fulton, a Rolls-Royce engine inspector, returns to his section, upset and anxious. He's just told his colleagues that a Chilean Air Force jet engine has arrived in the factory for maintenance and he's refusing to let it go through, in protest against the recent military coup of General Pinochet. He’s seen the images of people packed into football stadiums and the Chilean Air Force jets bombing Santiago, and now one of the engines from those very same planes is right there, waiting for inspection. He can see his supervisors approaching, he knows he’s about to be fired yet he feels a responsibility.

The Chilean coup, on the 11 September 1973, was a landmark of the Cold War. The first democratically-elected left-wing president in Latin America, Salvador Allende, was brutally overthrown by the Chilean Armed Forces, which surrounded and attacked the presidential palace where Allende and his staff refused to surrender.

Allende died that day and the dictatorship that followed claimed thousands of lives, with many still disappeared. Hundreds of thousands of Chileans were sent into exile. The images of the Hawker Hunter air raid during the Chilean coup, caught by documentary film-makers, traveled the world. When the Scottish workers saw the TV images, they recognised the planes and knew immediately they had worked on the same engines. The Hawker Hunter was one of Britain’s most exported military aircrafts, with over 20 air forces flying them. All of them were powered by the same engine - the Rolls-Royce Avon.

By the 1970s, all Avon engines were repaired in the same factory - Rolls-Royce East Kilbride. With nowhere else to go for maintenance, the workers' action could potentially be devastating for the Chilean Air Force.

The boycott of Chilean engines at the Rolls-Royce factory was a minor cause celebre. The workers kept the boycott going for four years, leaving the engines to rust at the back of the factory, until one night when the engines mysteriously disappeared. The workers were told their actions had been meaningless.

Forty years later, they reunite to discover the true impact of their solidarity.

See all clips from Nae Pasaran (2)

The Scots who stopped air strikes by a violent Chilean dictator 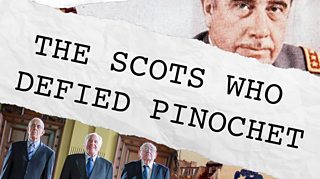 Engines from Scotland were used in the coup against the country’s president.