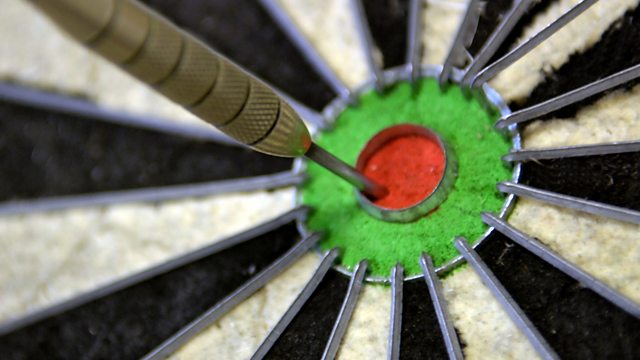 Experts have dominated the prophecy business, but risk takers deserve better. Why, in the risk game, it is better to be a fox and not a hedgehog.

No one should take a risk without thinking about the possible future outcomes but who do you trust; your gut instinct or someone who will tell you they know what is going to happen? The trouble with humans and the future is that we are all suckers for a good story. In The Risk Makers Professor David Spiegelhalter looks at the track record of experts and finds it to be only slightly better than ' a dart throwing monkey'. With prediction it's data from the past that forms the best guide to the future. Gambling firms and the insurance industry understand this and base their businesses on numbers not rumours. However, the rest of us are often reluctant to engage with data and what it can tell us. Mixing archive with fresh interviews Professor Spiegelhalter discovers there is a personality type best suited to predictions,- so called foxes- although we rarely hear from them because they are often drowned out by 'hedgehogs'. Beware, though, an over reliance on data; like the ancient oracles, the usefulness depends on what you ask and how you interpret the replies. David meets with an academic who is an expert on Greek oracles but who also advises businesses about the future, a Lord who is one of the nation's foremost political and football pundits, the man who ran GCHQ for three years and the insurance executive whose job is to imagine possible malign futures and price them. The Risk Makers concludes if you want to know about the future, don't trust someone who tells you they know what will happen. Trust in data- of course but mix in humans too, lots of them – just make sure there are more 'foxes' than 'hedgehogs'!