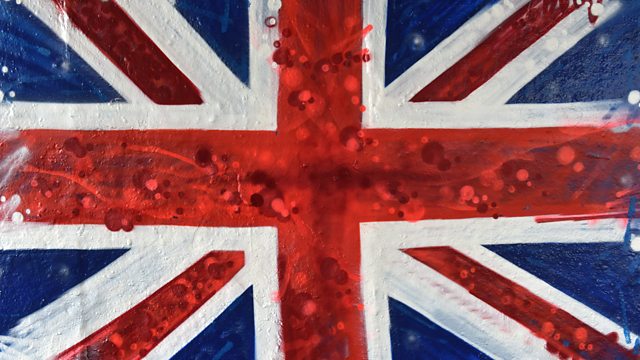 The Invention of... Britain

Misha Glenny presents the Invention of Britain, a new four-part history of our borders, our peoples and the stories we tell ourselves.

"Let's start with the monarchy - the Normans or Norsemen who'd settled in northern France; the Tudors, part Welsh; the Stuarts, they were Scots; then there's the Dutch, briefly, and the Hanoverians from 1714. There hasn’t been an English dynasty for almost a thousand years. And yet much of our history is centred on what London decides."

This is the story of England, Scotland, Ireland and Wales, from Offa's Dyke to Hadrian's Wall via Dublin and Derry, Edinburgh too. What has made this Atlantic archipelago come together? Three acts of union, plus an Anglo-Irish agreement in 1921. Our rulers may have come from everywhere, yet for centuries we were at war with ourselves.

Episode 1 considers England and Scotland, and the reasons behind the union of 1707.

Recorded around the country - on the borders, the battlefields, in the rooms where deals were done - these programmes are told with Invention's trademark clarity.

Presenter Misha Glenny is a Sony award winning reporter and the author of McMafia. Miles Warde produces the How to Invent a Country series which has now travelled to Germany, Spain, Brazil, Italy, the Netherlands and the USA.

Anglocentrism... or why Britons Never Will Be Slaves—Britain