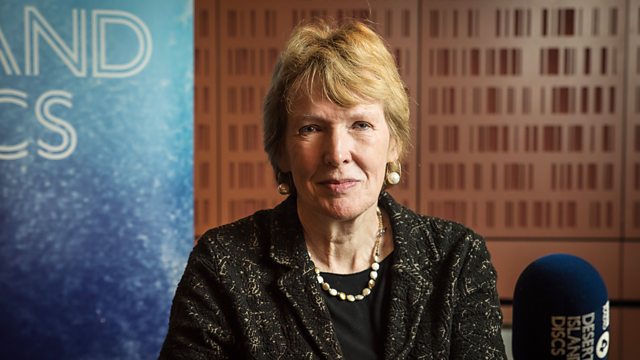 The historian Professor Margaret MacMillan shares the eight tracks, a book and a luxury she'd want to take with her if cast away on a desert island. Presented by Lauren Laverne.

Professor Margaret MacMillan is a Canadian historian, author and broadcaster. In 2018 she delivered the Reith Lectures on BBC Radio 4, in which she examined the tangled history of war and society.

She was born in Toronto in 1943, and her interest in history was kindled by the stories her parents told about when they were young and by the historical adventure novels she read as a child.

After a long academic career in Canada, she found herself in the international spotlight in her late 50s. Her book Peacemakers, about the 1919 Paris Peace Conference, won the BBC Samuel Johnson Prize and many other awards, and became a best-seller. Margaret is the great-granddaughter of David Lloyd George, who attended the Paris Conference as the British Prime Minister.

She has also written books about Nixon and Mao, about Europe’s path to World War One, and about personalities who have shaped history. She became the Warden of St Antony’s College, Oxford, in 2007, and retired from the role in 2017. In the 2018 Queen’s New Year’s Honours List, Professor MacMillan was appointed a Companion of Honour. She continues to research and write.