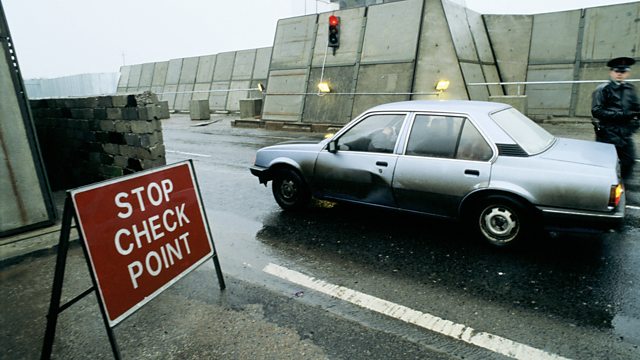 Edward Stourton asks if British politics have been more shaped by Irish history than many Westminster politicians admit - and if that explains many of the problems with Brexit.

Voters and politicians in Britain claim to be perplexed that economic and political relations between the UK and the Republic of Ireland seem to be decisive in determining the course of Brexit. They shouldn't be, argues Edward Stourton. A glance at the history of the countries' relations since the Acts of Union in 1800 helps to explain the situation.
From at least the time of Catholic Emancipation in the 1820s, political, social, cultural and economic issues on the island of Ireland have influenced and shaped politics at Westminster. The point is that MPs and others at Westminster have seldom appreciated this and therefore underestimated the power of that history to affect the course of a contemporary issue like Brexit.
Looking at a range of issues from Emancipation, the 1840s Irish potato famine, Catholic clerical education, the campaign for Home Rule leading ultimately to the War of Irish Independence in the twentieth century and the bloody establishment of the Irish Free State, as well as the Troubles and the Good Friday Agreement in 1998, Edward Stourton explores the way in which issues in Ireland have determined British politics. He considers especially what lessons these episodes may hold for today's Westminster politicians and how to imagine the Anglo-Irish future.
Among those taking part: Lady Antonia Fraser, Professor The Lord Bew, Professor Sir David Cannadine, Professor Roy Foster, Professor Marianne Elliott, Fintan O'Toole and Declan Kiberd.
Producer: Simon Coates