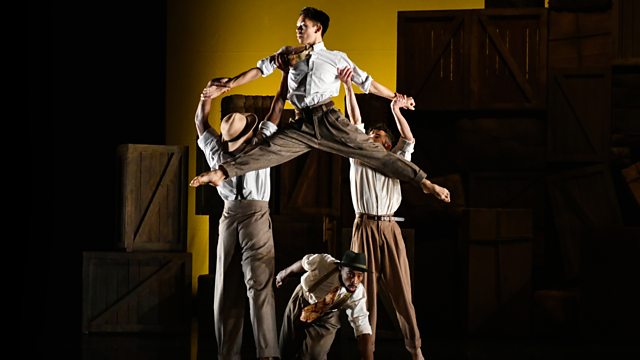 Windrush: Movement of the People

Phoenix Dance Theatre perform a major contemporary dance work, choreographed by Sharon Watson, that explores the story of those who arrived in the UK on the SS Empire Windrush.

Phoenix Dance Theatre performs Sharon Watson’s Windrush: Movement of the People, a contemporary dance work exploring the narrative of the arrival of SS Empire Windrush that brought the first Caribbean migrants to the UK.

The work is a lively celebration of the rise of multicultural Britain and features an uplifting soundtrack, which draws on calypso, jazz, gospel and reggae, with original music created by Christella Litras. Set and costume design is by Eleanor Bull.

Commended by audiences and critics since its premiere at Leeds Playhouse in 2018, Phoenix Dance Theatre’s production has toured UK venues to sold-out auditoriums and festivals. This production was supported by The Space and was filmed at Production Park in December 2018.