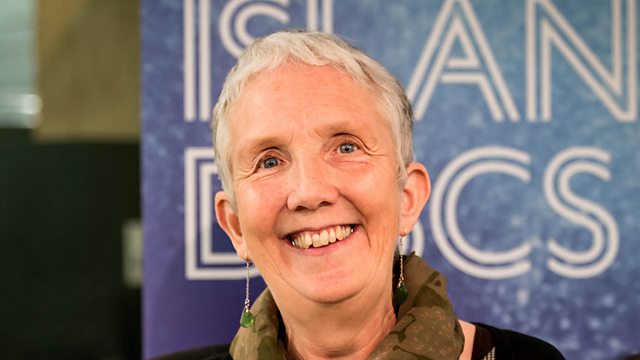 Ann Cleeves, writer of the Shetland and Vera novels, shares the eight tracks, book and luxury she would take with her if cast away on a desert island. Presented by Lauren Laverne.

Ann Cleeves is a crime writer best known for two series of novels, both of which have been adapted for television. Vera, for ITV, features her detective Vera Stanhope, and Shetland, for the BBC, focuses on DI Jimmy Perez, who works for the Shetland police.

Born in 1954, Ann grew up in Herefordshire and Devon. After secondary school she spent a year providing childcare for a family in London before reading English at the University of Sussex. She dropped out of her degree course, and by chance, was offered a job as assistant cook at the bird observatory in Fair Isle, despite not knowing how to cook, nor anything about birds. She met her husband Tim there, who came as a visiting bird watcher.

They spent four years on the tiny tidal island of Hilbre off the Wirral peninsula, where Ann started to write. Her debut novel was published in 1986 and she has published a book a year since then. Her first Shetland novel, Raven Black, appeared in 2006 and won the Duncan Lawrie Dagger, at the time the richest crime-writing prize in the world. Her second breakthrough came when a TV producer picked up a second-hand copy of one her novels featuring her dishevelled detective Vera Stanhope and decided it would make perfect prime-time viewing. In October 2017, Ann received the Diamond Dagger from the Crime Writers’ Association, the highest honour in British crime writing, awarded by fellow crime authors. In 2018, she published the final of eight Shetland novels, and this autumn will see the publication of the first of a new Vera series set in Devon.

Her husband Tim died in December 2017. Ann lives in Whitley Bay, with her two daughters and six grandchildren nearby.