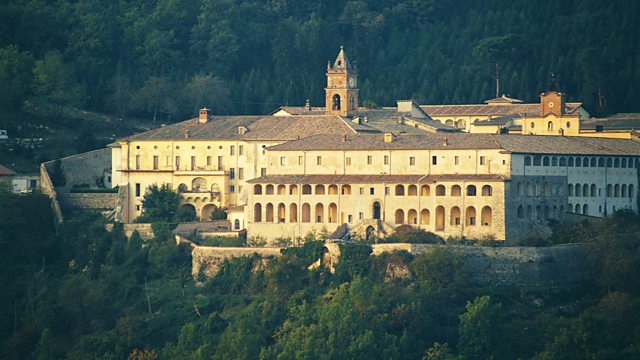 The Power of God

Kate Adie introduces correspondents' stories from around the world, including one about the remote religious retreat at the heart of plans for a populist revolution in Europe.

The remote religious retreat which has become the intellectual spearhead of Steve Bannon’s plans for a populist revolution in Europe. Edward Stourton visits the Trisulti monastery in Italy from where the vision of the former chief strategist to Donald Trump is being spread.

Lois Pryce is in Jamaica. As the battle against gang violence continues, and soldiers patrol some of its streets, she visits a village which claims to have almost no crime at all.

Nick Thorpe examines plans to boost the fertility rate in Hungary with cash and cars on offer for people willing to do their patriotic duty and make babies.

Sarah Treanor meets a young Muslim woman in Zanzibar who is flying drones to help save lives. For nearly 10 years there had been no new proper map of the fast-changing island, but she has helped change that.

And Mike Thomson discovers that there are limits to the President's power in Liberia. He watches George Weah play football, have lunch and fail to get a flight delayed.