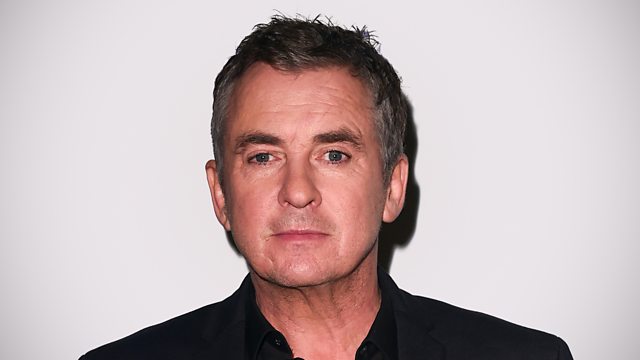 The actor Shane Richie, star of East Enders talks about his latest role, in the West End show ‘Everybody’s Talking About Jamie’.
Chelcee Grimes describes how she combines her two careers, playing for Fulham Ladies and writing songs for the Grammy Award winner Dua Lipa and Kylie amongst others.
Bethan Roberts grew up in the House of Elvis – not Graceland – but with a mum who loved The King so much that she had memorabilia and posters all over the house.
Dr Jon Copley is a marine biologist and scientific advisor for the BBC series, Blue Planet. He explains his fascination with our oceans, what it feels like to explore them.
And Dave Gorman shares his Inheritance Tracks. He chooses: When You’re In Love With A Beautiful Woman performed by Dr Hook; and Reasons to be Cheerful by Ian Dury and The Blockheads.

Presented by Aasmah Mir and the Rev. Richard Coles.