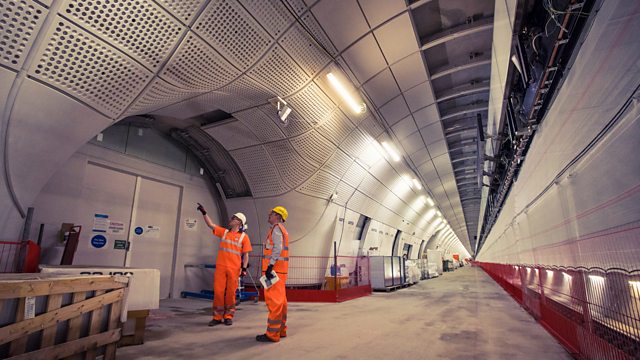 The 15 Billion Pound Railway Under Pressure, Over Budget
Episode 1 of 2

The first part of an exclusive series following the construction of Crossrail - one of Europe’s largest projects and one of the most ambitious in Britain since the time of Brunel.

With exclusive access, this returning series follows the construction workers of Crossrail as they battle to finish the final stages of the new Elizabeth Line underground railway beneath the streets of London.

Costing over fifteen billion pounds and stretching 120km across the capital, this extraordinary construction project is one of the biggest in Europe and one of the most ambitious engineering feats in Britain since the time of Brunel.

Our cameras follow the engineers, technicians and train staff who are under pressure to complete their section of the project, including building and fitting out ten brand new stations, learning to drive the new fleet of trains, and testing the 21km twin tunnels beneath London, in a bid to make it safe for the public.

We join Danny O’Connell, Crossrail’s testing manager, as he leads a critical operation to launch the very first train into the new Elizabeth Line tunnels under London. Danny is responsible for trialling and testing all aspects of the railway performance – from communications, CCTV and platform doors, to the trains, tracks and signalling systems. If Danny can’t complete all of the hundreds of tests needed to prove that it's safe and reliable, the railway won’t open on time.

We join charismatic project manager Lih-Ling Highe, who is tasked with finishing construction of the new Tottenham Court Road Station - the largest station on the entire line and future gateway to 200,000 passengers a day. Coming from a long line of engineers, construction is in Lih-Ling’s DNA - in this episode, she must lead a team fitting out the station’s three-tonne platform screen doors to prevent passengers from falling under a train.

In the financial heart of London, the Elizabeth Line’s new Canary Wharf Station looks to welcome up to 100,000 passengers a day. In charge of the station’s mechanical and electrical fit out is young engineer Felix Ahatty, whose biggest task is to transport and install three huge 10-tonne ventilation fans. Hauling them through the city at night, and then getting them down through the station levels, is a complex mission - even with the help of cranes, rail systems, and ‘hover’ pads to push it into position.

We also join new recruit Rochelle as she trains to become a driver of the new 200m-long, 90mph trains that will carry up to 200 million passengers a year. We follow Rochelle through each nail-biting step of the course - from simulator training to getting behind the wheel of a real 265-tonne train.

Episode 2—Under Pressure, Over Budget

See all episodes from The 15 Billion Pound Railway 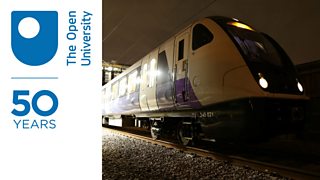