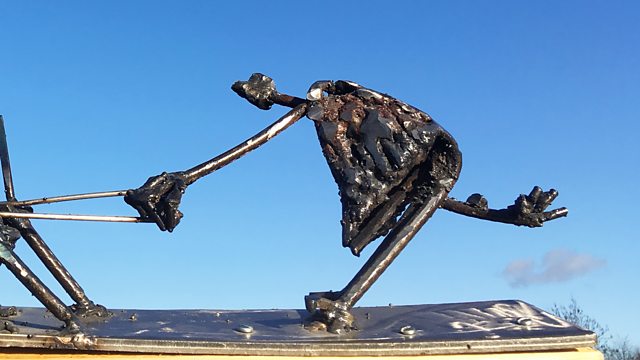 Shaped by the River Clyde

A portrait of the artist on the Clyde in Glasgow: George Parsonage, who makes sculpture from the shopping trolleys and other detritus he finds on the banks of his adopted river

George Parsonage is a local hero in Glasgow. He's known as 'The River Man', as over the years he has taken his rowing boat out on the Clyde in all weathers to rescue countless people. He's been doing it since he was a boy, following in his father's footsteps as chief officer of the Glasgow Humane Society.

What's less well known is that he's a trained artist, sculpting between rescues with all the detritus he finds on the banks and in the water. This programme explores his love affair with the river, what it gives and what it takes.