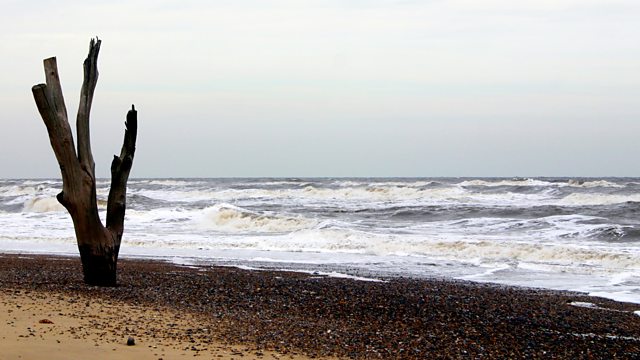 The Sea is an Edge and an Ending

The poet Lavinia Greenlaw presents a sequence of poems about her late father's dementia.

"And so he keeps setting out - without keys or money or a plan -
casting himself upon the world, sure that it will come:
the divine hand that reaches down to switch off the engine
-the point of arrest, the rest."

The Sea is an Edge and an Ending investigates what it means to lose your memory. It focuses on what it means for your sense of self to come loose and for the past to float free. It carries echoes of Shakespeare’s Tempest in its study of a man under a kind of spell, whose child must observe his strange and terrifying liberation. The poems move from the shifting coastal landscape of the east of England, a geography central to Greenlaw’s life and work, to eroded interiors containing only the bare structures and reduced emblems of this man’s life.

The Built Moment by Laviania Greenlaw is published by Faber & Faber

The Sea is an Edge and an Ending is a short film made with the FVU. You can read more about it and watch the film here: