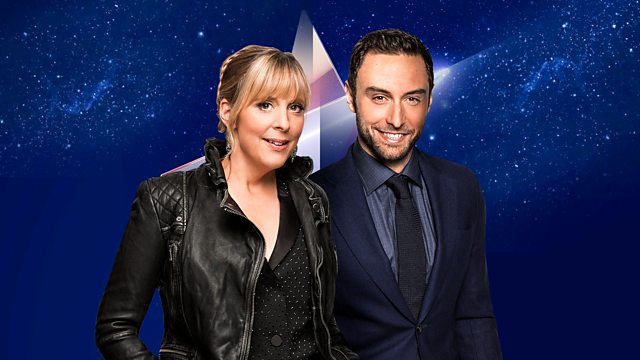 Mel Giedroyc and Mans Zelmerlow host live from MediaCityUK in Salford as viewers get the chance to vote for the song they want to represent the UK in Tel Aviv, Israel, in May.

Eurovision: You Decide is back for 2019 with a brand new format! Eurovision superfan Mel Giedroyc and the winner of the Eurovision Song Contest 2015, Mans Zelmerlow, host live from MediaCityUK in Salford as the show comes from the north west of England for the very first time.

This 90-minute Eurovision extravaganza gives viewers the opportunity to vote for the song they want to represent the UK at the biggest music competition in the world.

In an exciting format change, each of the three competing songs is performed in two different ways, by two different acts. A celebrity panel and viewers at home make the decision on which song represents the UK at the sixty-fourth Eurovision Song Contest, which will be held in Tel Aviv, Israel, in May 2019. The show features special performances and surprises.

See all clips from You Decide (16)