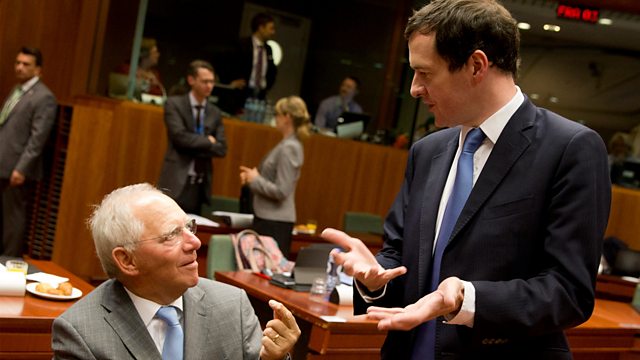 Inside Europe: Ten Years of Turmoil Series 1
Episode 2 of 3

Europe’s leaders and top advisers reveal how the near bankruptcy of Greece threatened the euro itself – and how they battled against the clock to save the single currency.

This episode takes us inside the room at crucial summits where leaders and their Ministers battle to avert financial disaster. At its heart is a clash between the cautious Angela Merkel and the feisty Nicolas Sarkozy over how to deal with the near bankruptcy of Greece.

It is a story that sees billions of Euros being pumped into the economy, riots against austerity, and the election of Europe’s first populist government.

As the EU’s most ambitious project, the Euro, teeters on the brink of collapse, Greece narrowly escapes being forced out.

See all episodes from Inside Europe: Ten Years of Turmoil

See all clips from Going for Broke (2)