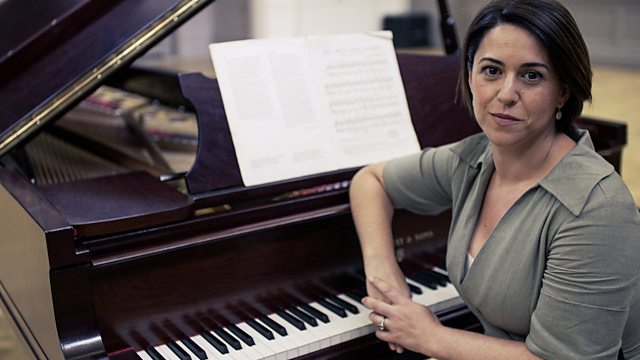 Our Classical Century Series 1
Episode 2 of 4

Suzy Klein and John Simpson explore the power of classical music between the coronations of George VI and Elizabeth II to console, unite and inspire us in war and peace.

Suzy Klein and John Simpson explore the power of classical music between the coronations of George VI and Elizabeth II, through WWII and into peacetime, to console, unite and inspire the nation.

Our Classical Century brings together the greatest moments in classical music in Britain over the last 100 years in a four-part series celebrating extraordinary pieces of music and performance, revealing how music has provided a unifying soundtrack when national identity and destiny are at stake.

In this episode presenter Suzy Klein is joined by music lover and BBC world affairs editor John Simpson to explore how classical music underscored the coronations of George VI and Elizabeth II, how it provided succour and inspiration during WWII and how it responded to social change as we emerged into peace. They explain how William Walton, creator of the radical, witty piece Facade with Edith Sitwell in the 1920s, composed Crown Imperial for George VI’s coronation, full of Elgarian pomp and circumstance. With the outbreak of war, Suzy investigates the remarkable legacy of pianist Myra Hess, her signature tune, Bach’s Jesu Joy of Man’s Desiring, and how Kenneth Clark encouraged her to create a series of morale-boosting lunchtime concerts at the National Gallery in the heart of war-torn London. An audience member remembers the moving and inspiring impact of Myra’s music on those enduring the Blitz. From the tragic destruction of Queen’s Hall, traditional home to the Proms, the episode charts the triumph of the first Prom in its new home, the Royal Albert Hall. John talks about the remarkable reception that greeted one of the pieces played at the prom, the first performance of Shostakovich’s 7th Symphony, the Leningrad. Written under siege, the piece only arrived in Britain after the score was elaborately smuggled on film out of Russia via Iran to London. Paul Patrick, the BBC Philharmonic’s principal percussionist, tells how he prepares for the demanding task of recreating the sound of war in the symphony.

The war over, our presenters chart the emergence of our love of classical music in peacetime, with the unexpected success of young composer Benjamin Britten’s complex opera Peter Grimes and its hugely popular performance at Sadler's Wells. Tenor Stuart Skelton performs excerpts and reflects on why it struck such a chord. A new Labour government believed music should be part of everyone’s experience and the 1944 Butler Education Act helped put music on the school curriculum for the very first time. Our presenters explore the creation of Britten’s classic The Young Person’s Guide to the Orchestra in 1945, and Malcolm Sargent’s film of it, unforgettably introducing classical music to generations of children. Through the Festival of Britain, which brought music to the heart of the nation, this episode arrives at the 1953 Coronation. By then two and a half million homes had TVs and, with an audience of 20 million, the coronation of Queen Elizabeth II became a showcase of our best classical music for its biggest audience ever: Elgar, Holst, Vaughn Williams, Purcell, Handel’s Zadok the Priest, and the whole event crowned by William Walton’s Orb and Sceptre, a fresh youthful-sounding coronation march for a young queen.

Between the coronations of Elizabeth II and her father, the nation had undergone immense trauma, social and political change. This programme charts the role classical music played in sustaining our cultural life and responding to the challenges of a new era.