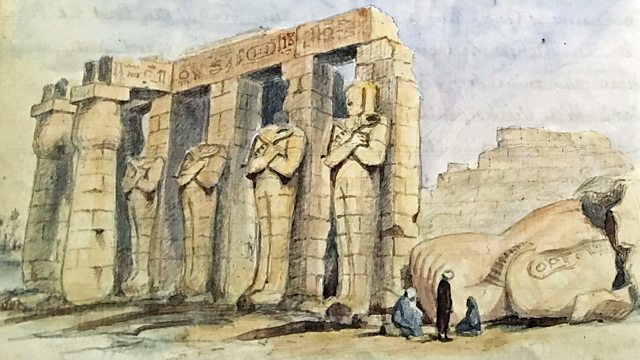 Samira Ahmed investigates the Victorian women who brought the treasures of Ancient Egypt to northern England, creating museums that endure to this day.

Samira Ahmed explores the profound connection between ancient Egypt and the Victorian heyday of Britain’s industrial north – in a legacy of museums and northern pride.

Being taken to see the mummies has become a right of passage, captivating generations of children since the late 19th century. Ancient Egypt is now embedded in early years education. At more than a hundred museums across the UK, that lost culture helps shape the British imagination. Where did that affinity come from?

To find out, Samira follows in the footsteps of three extraordinary women: Amelia Oldroyd, Annie Barlow and Marianne Brocklehurst. Each came from a northern, mill-owning family, and each felt compelled not only to visit Egypt and to collect antiquities, but to share their treasures with those at home. Each established local museums that survive today, inspiring new generations.

Today, many such museums face an uncertain future. By returning to these women’s stories, can lessons be learned from the past?

A History of the Tongue

Samira Ahmed looks at female influence in the mummy world.

How we made The Victorian Queens of Ancient Egypt

Samira Ahmed explains how the perpetual allure of ancient Egypt led to a fascinating documentary.