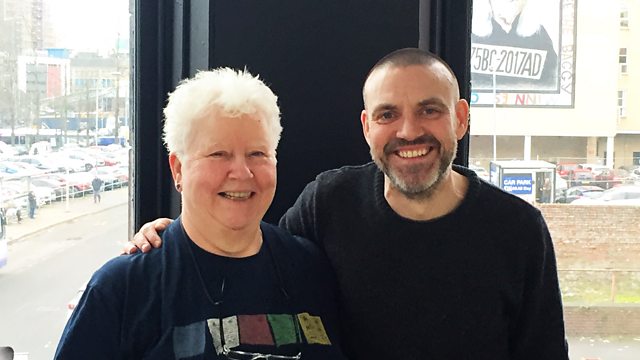 Val McDermid is one of Britain’s most successful crime writers, and has sold more than 15 million books around the world. Since her debut in 1987, she has written several series of crime novels set in both her native Scotland and the north of England, as well short stories, radio plays and a prize-winning children’s book. Her latest novel is Broken Ground.

Vin Deighan was born in Glasgow and draws under the name Frank Quitely. He is one of the leading artists in American comics, working for Marvel and DC on superheroes including Batman, Superman, and the X-men. He started drawing cartoon strips for the Glasgow underground comic Electric Soup in 1989 and continues to write and design his own short stories. An exhibition of his work was held at the Kelvingrove Art Gallery and Museum in Glasgow in 2017.