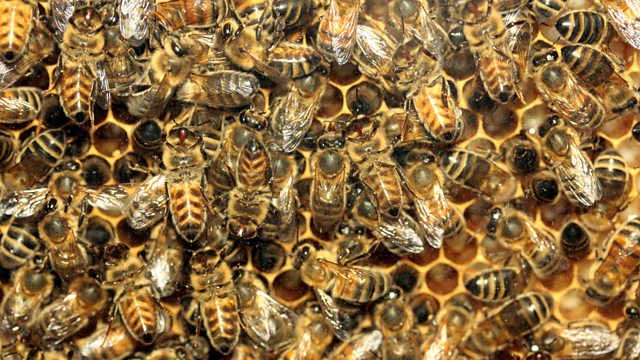 The Sex Life of Bees and the Power of Fate.

Conductor Ben Gernon and the BBC Philharmonic in Stravinsky's Scherzo fantastique and Tchaikovsky's Symphony No 4. Imogen Cooper joins them for Mozart's Piano Concerto No 25.

From the Bridgewater Hall in Manchester
Presented by Tom McKinney

"This is Fate, the power of destiny, which ever prevents our pursuit of happiness from reaching its goal." Tchaikovsky's own description of the opening theme of his Fourth Symphony reflects the turmoil of his life while he was writing it. Only, he says, by sharing in the joy of others was he able to create the resolute drive with which the Symphony ends. Stravinsky's own programme note for his Scherzo fantastique says that this piece was inspired by the life of bees "the increasing work in the hive, continuing for generations and generations: the nuptial flight of the queen bee, with the destruction of the male, her lover in the giddy heights." Although an early work, the colourful orchestration, daring harmonic language and whirling energy impressed Diaghilev who was later to commission some of Stravinsky's most famous scores. Imogen Cooper joins the orchestra for perhaps Mozart's most grand-scale and dramatic concerto.

The Company of Heaven

Gershwin in Hollywood and Tchaikovsky in New York

See all recipes from The Sex Life of Bees and the Power of Fate.