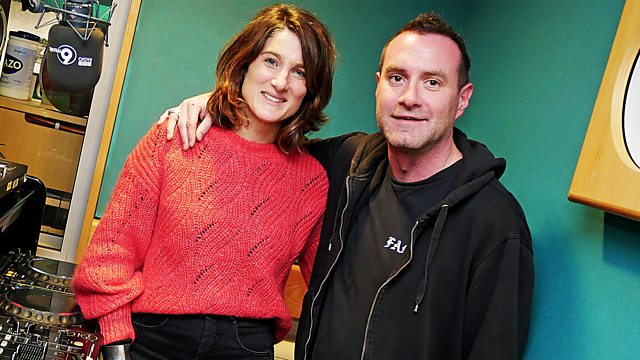 Unkle and Mo Wax founder James Lavelle is in conversation and in the mix, ahead of the release of new album The Road: Part 2.

Nemone welcomes Unkle and Mo Wax founder James Lavelle. An absolute tour de force in the Dance field (the scene, rather than an actual field) is in conversation with Nemone ahead of the release of Unkle’s 6th album 'The Road: Part 2'. Sure to be filled with collaborations, there can’t be many artists left that James hasn’t worked with. He says of this new record that it’ll be "more of a mixtape aesthetic being the ultimate road trip". And that’s handy as he’ll also be sharing with us a career spanning mix. Plus he's bringing along some UNKLE exclusives and unreleased tracks and remixes.

His label ‘Mo’Wax’ – which he set up with Tim Goldsworthy - first signed DJ Shadow. They also released the likes of Money Mark, Luke Vibert, Rob Dougan (Clubbed to Death), Blackalicious, and of course UNKLE. And the fact that debut album Psyence Fiction is 21 years old might come up as well. Much to discuss.

Ed Banger Records Takes Over, with Modeselektor in Residency