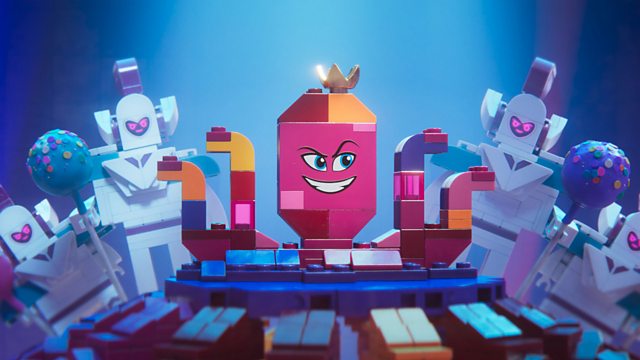 American comedian Tiffany Haddish joins the voice cast of the Lego Movie sequel as the shape-shifting Queen Whatever Wa'Nabi. She tells Front Row how comedy saved her from a troubled childhood and the foster care system, and how she went on to host Saturday Night Live and feature on the cover of Time 100.

Alice Clark-Platts’ latest thriller The Flower Girls was the subject of fierce bidding war. The story of two sisters, Laurel and Primrose, the novel has resonances with the Bulger and Madeleine McCann cases. A former human rights lawyer, Alice Clark-Platts grapples with notions of whether a person can ever be rehabilitated and why the past is often impossible to bury in future relationships.

This year sees the 25th anniversary of the National Lottery. In that time it has awarded almost £40bn to good causes across more than 535,000 individual projects. Ros Kerslake, CEO of the newly-named National Lottery Heritage Fund who award their own share of the money, discusses her new plans to distribute over £1bn to the UK’s heritage over the next five years.

The Cutty Sark as Sculpture, Regina King and an Elegy for an Eyesore

The Lego Movie 2: The Second Part is on general release from Fri 8 Feb, cert U

Her book The Flower Girls is available