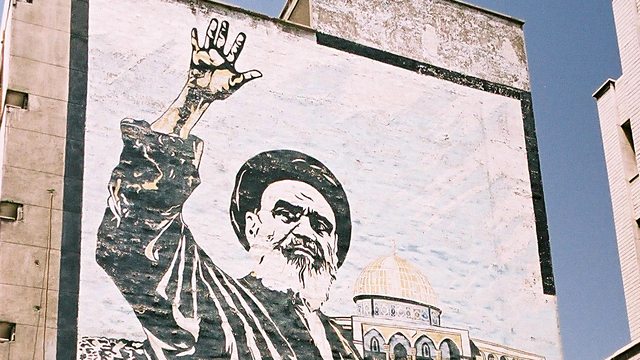 Uncle Sam and the Ayatollah

Forty years on from the Iranian revolution, the BBC’s former Tehran correspondent Jim Muir investigates secret contacts between the Americans and Ayatollah Khomeini in Paris.

Forty years on from the Iranian revolution, the BBC’s former Tehran correspondent Jim Muir investigates secret contacts between the Americans and Ayatollah Khomeini in Paris.

On 1 February 1979, Ayatollah Khomeini staged a triumphant return to Iran after 14 years away. He flew home from France, where he had spent the last few months of his exile, arriving in Tehran to a tumultuous welcome from wildly cheering crowds estimated at several million. The Islamic revolution had arrived, to stay.

Just two weeks earlier, after months of violent protests against his government, the Shah of Iran had finally given up and had fled the country. The Iranian army, with its US-trained officers still largely loyal to the Shah but its rank and file divided in their loyalties, hesitated to oppose Khomeini and his mass of fervent followers. Conventional wisdom has it that the US was scrabbling desperately to save the Shah, and that his overthrow set the two countries irrevocably on a collision course - the Great Satan versus the Axis of Evil.

But it wasn't quite that simple. Recently declassified diplomatic documents show that, in the dramatic few weeks before the Ayatollah's return, his entourage in France was engaged in an intensive flurry of secret contacts with the Americans even as the Shah was leaving Tehran. Khomeini wanted, above all, assurances that the US would not use its undoubted influence with the Iranian army to stand against him. For their part, the Americans wanted to know how they and their interests would fare under an Islamic republic.

Jim Muir, introduces us to key players on both sides. Through interviews with former officials from the State department and the White House, members of the Ayatollah’s circle, and diplomatic cables, we see how the Americans reassured the Ayatollah that they would not necessarily oppose a change of government in Iran. In return, the US received assurances from the Iranian revolutionaries that an Islamic Republic would keep the oil flowing, and would keep Soviet influence out.

It would be open to friendly relations provided the Americans refrained from interfering, and conversely, it would refrain from trying to export its revolution in the region. The Americans were clearly hoping to broker an understanding between the Iranian army and the revolutionaries.

But it was not to be.

Ayatollah Khomeini was allowed to return - there had been fears his plane might even be shot down. But, within days, the army commander had been killed and four top generals executed. The Islamic revolution swept all before it, and moderate, nationalist or leftist elements were forced out.

There were hopes raised by secret talks in France that the US might somehow stay on friendly terms with the Islamic Republic, but they faded as events took an increasingly radical turn. President Carter's reluctant decision to take in the cancer-stricken Shah for weeks of medical treatment prompted radical revolutionaries to take over the US embassy in Tehran in November 1979, triggering a hostage crisis that lasted 444 days - and creating a breach that has continued to this day.

Warren Zimmermann archive courtesy of the Association for Diplomatic Studies and Training in America
Readers: Sam Dale and Sohail Nazemi