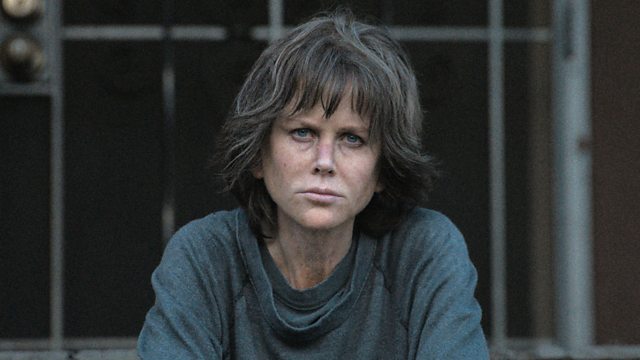 Nicole Kidman discusses her first lead role for some time as she plays a tortured detective in the grimy LA-set thriller, Destroyer.

John Cleland’s 18th century novel Fanny Hill has become known as 'the most famous banned book in the country'. Written in 1749, it tells the story of Frances ‘Fanny’ Hill who, after her parents' death, travels from the countryside to London earning money as a sex worker. As one of the oldest-known copies is set to go under the hammer, literary critic Sarah Ditum discusses if it still has the power to excite and shock us.

Netflix's Tidying Up with Marie Kondo has caused a stir for suggesting that we should hang on to only 30 books that ‘spark joy’. Stig visits the author Linda Grant in her living room to ask her about famously culling the book collection that she'd built up from childhood.

As Sotheby's prepare their auction The Female Triumphant, a selection of works by female Old Masters from the 16th to 19th centuries, including Artemisia Gentileschi, Sotheby's specialist Chloe Stead and critic Charlotte Mullins consider the role of - and the struggles faced by - women artists from that period and today.

Destroyer, starring Nicole Kidman is in UK cinemas from 25 January 2019.

Image to the left: Nicole Kidman with Stig Abell.

Image: the oldest known edition of the book Fanny Hill by John Cleland, printed in 1880.

The series Tidying up with Marie Kondo is available on Netflix now.

Marie Kondo's book, The Life-Changing Magic of Tidying: The Japanese Art of Decluttering and Organizing  is available now in hardback, paperback, as an Ebook and as an audio download.