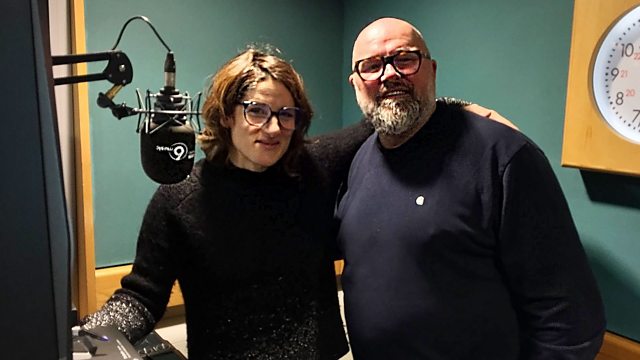 Nemone celebrates 20 years of Defected Records with its boss Simone Dunmore. Plus James Blake is back, so we unearthed a mix from 2011.

Nemone celebrates 20 years of Defected Records with its boss Simone Dunmore. If it's House music, you can dance to it, and it was popular in the last two decades then it was probably released on Defected Records. Their contribution to the Dance scene over the decades is impossible to narrow down into a few sentences, but there’s rarely a tune you won’t know from these guys. Simon set the label up after finding Soulsearcher and their instrumental track Can’t Get Enough. They added a vocal, and a label was born. But not only a label, they also are a live events organisation, an online store, and run so many sub-labels they’ve pretty much got the House market covered. No recessions here, but much to talk to Simon about and share some of his favourite tunes over the years, and find out what’s next for the label.

Plus James Blake is back with his fourth album Assume Form, released just a few hours ago. Featuring the likes of Travis Scott, Moses Sumney, Metro Boomin, Rosalía, and Andre 3000 we’re predicting another big year for one of music’s most important songwriters. We decided to unearth a mix from 2011 which featured everything from classical and music light of touch, to the downright heaviest beats and dirtiest production. An exquisite listen and a treat for the ears.

Resident Advisor's year ahead, celebrating 10 Years of Fever Ray, and a Guest Mix from The Knife

Ed Banger Records Takes Over, with Modeselektor in Residency