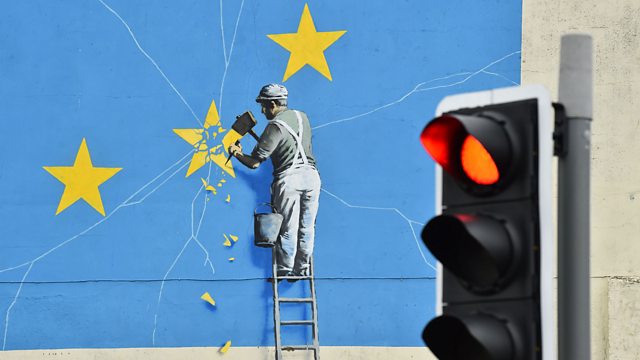 John Kampfner founder of the Creative Industries Federation, explains why he believes Brexit will be damaging to the British arts industry. Plus Diane Setterfield on her new novel

The impact of Brexit on the creative industries. Today a letter from the Business for People’s Vote Campaign, was published in the Times, signed by names including leaders of the creative industries, like Norman Foster, Terence Conran, and the bosses of Aardman Animation and Endemol Shine. We speak to John Kampfner, formerly of the Creative Industries Federation and who helped coordinate the letter, about the impact of proposals on the sector.

Bestselling author of The Thirteenth Tale, Diane Setterfield, on her third novel, Once Upon A River – a mystery set in the 19th century around the Thames.

The Government has created something called the ‘Building Better, Building Beautiful commission’, led by philosopher Roger Scruton. It will be shortly hosting public debates about the aesthetics of architecture. Architectural designer and presenter of Building the Dream, Charlie Luxton, discusses beauty in architecture.

Composer, multi-instrumentalist, performance artist, and Pulitzer Prize winner Du Yun is one of the featured artists in SoundState, an international festival of new music which in on at the Southbank Centre in London this week. She discusses her love of making music that breaks boundaries.

Brexit and the arts

Main image above: A mural by Banksy that appeared on a wall in Dover on 7th January 2019

Image to the left: the EU flag.

Once Upon a River by Diane Setterfield is published on17 January, 2019 in hardback.

Du Yun Curates: the New Java and Shanghai concert is at the Southbank Centre, London on 20 January 2019.