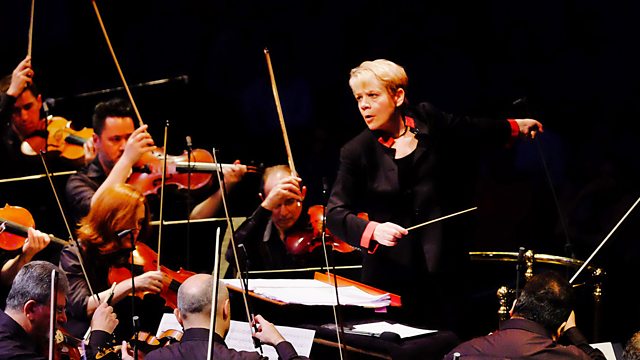 Marin Alsop, a leading conductor, is number eight on the Woman's Hour Power List 2018 which celebrates women in music.

Marin Alsop is number 8 on the Woman's Hour Power 2018 which celebrates women in music. A leading conductor, she became the first woman to conduct at the Last Night of the Proms and is an active supporter of young women in the field.

Female artists are dominating the shortlist of the 2019 Brit Awards. We hear a quick run down from Newsbeat's entertainment reporter Sinead Garvan.

How do you get the best out of work and the best out of your home life? We explore whether freelance work & working from home contribute to or take away the difficulties of maintaining a good work-life balance.

Hand holding, hugs or even just a rub on the back - it's well know physical affection is good for our emotional well being. But how do you cope when it might not be something that comes naturally? Or what if your partner or friend doesn't like physical affection?

Malala Yousafzai. A history of women working from home. Sorting your life admin.